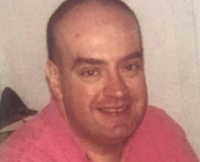 Jeffrey D. Tanner of Endicott, New York, passed away unexpectedly on March 11th after a short battle with cancer at the age of 56. Jeff was predeceased by his parents Stanley and Inez. He is survived by Velvet, his loving wife of thirty years, three children; Jeffrey II, Leander, and Anna as well as his mother-in-law, Karen. Jeff worked for the Boys and Girls Club of Western Broome from 1993 until the Club's closure in 2019. He was an essential part of organizing the services provided to the community by the Club and volunteered with other community agencies. He mentored and guided many individuals throughout his life, adults and children alike. In his leisure, Jeff enjoyed camping, music, theater, comedy, and above all spending time with his loved ones. Always known for his quick wit, big heart, and selflessness, Jeff was admired, respected and loved by his friends and family. He will be greatly missed by his family, friends, and all who knew him. In respecting Jeff's wishes, no services will be held at this time. He will be buried at Riverhurst Cemetery in Endwell, New York. In lieu of flowers, donations can be made in Jeff's name to the American Cancer Society.