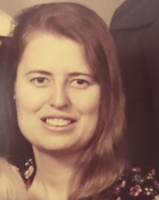 Barbara Ann Lane, 78, of Owego, went to be with her Savior Thursday, April 15, 2021 at Our Lady of Lourdes Hospital. She is predeceased by her parents, Arnold and Florence Silvernail; two brothers, Glenn Silvernail and Arnold G. Silvernail; and her son, Richard Brunosky Jr. Barbara is survived by her husband, Richard Lane of Owego; two sons and two daughters-in- law, William and Brenda Brunosky, Winchester Tennessee, David and Tara Lane, Owego; one daughter and son-in-law, Mary and Brendan Graham, Owego; two step-daughters, Michelle Lane and Monica Cook; nine grandchildren; several great-grandchildren; one brother and sister-in-law, Alva and Carole Silvernail of Endicott and several nieces and nephews. She was a life-long member of the Endwell Churches of Christ in Christian Union where she served our Lord faithfully as a Sunday School teacher and church secretary. Barbara was a beautiful woman inside and out and will be greatly missed by all who knew her. A funeral service will be held at 12 pm, Wednesday, April 21, at Coleman and Daniels Funeral Home, 300 E. Main St., Endicott. Burial will be in Riverhurst Cemetery. The family will receive friends at 11:00 am, Wednesday, April 21, at the Coleman and Daniels Funeral Home.