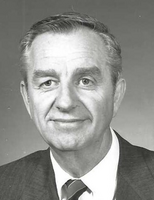 Ray A. Beck passed away on October 11, 2021 after a long battle with lung cancer. Ray was born in York County, PA in 1932. He was predeceased by his wife Donna (Geesey) Beck, just six weeks ago on August 25, 2021. Ray is survived by his three children, his daughter Stephanie Beck and sons Jonathan and Dena Beck and Cameron and Doreen Beck; four grandchildren Heather Beck, Chad Beck, Anastasia Naumovski and Nathan Beck; and four great granddaughters. Ray joined the Marine Corps during the Korean War and served three years in various locations. After his discharge, he graduated from Penn State University and joined IBM where he worked for 35 years in numerous positions in the eletronic and programing fields, ending up as a manager. Ater retiring, Ray worked at a local nursery since he loved to grow plants and flowers. Ray also loved to fix things that were broken and he did many electrical and household projects for his family. Ray was a member of Our Saviour Lutheran Church and he sang in the choir for many years. A celebration of life service will be held for both Ray and his wife Donna on Monday, October 18, 2021 at Our Saviour Lutheran Church, Endwell, NY. A viewing will be held at church at 9:00 a.m. followed by the service at 10 a.m. Expressions of sympathy in Ray's memory may be made to Mercy House, 212 N. McKinley Avenue, Endicott, NY 13760.