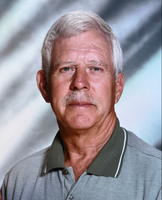 William (Bill) J. Phillips passed away peacefully on June 17, 2022 at Mercy House following a lengthy battle with alzheimer's, and a recent diagnosis of cancer. He was born on August 29, 1942, the son of the late Kenneth and Beatrice Phillips. Raised in Endicott, he graduated from Union Endicott High School in 1960, then attended Broome Tech before joining the Army, where he was a Military Police officer. He then served as a New York State Police trooper for a total of 35 years, including 29 years on the State Police Scuba-Dive Team, and a handful of years as a D.A.R.E. officer. He received several Superintendent's Commendations throughout his career, including being named Trooper of the Year. Bill was very active in community service, and was on the C.A.P.T. committee that organized the first Prom Party in the Park for Maine-Endwell; was named a Paul Harris Fellow by the Endwell Rotary. For over 25 years, he and his wife, Carole, have maintained "The Phillips Connection" as part of the Adopt A Highway program, first on the former rest areas on Rte 81 near the NY/PA border, and then also on Rte 434 at Rte 201 in Vestal, where the "I Love New York" logo is displayed. As a trooper, he also coined the nickname 'Kamikaze Curve' for that section where Rte 17 and 81 split near Prospect Mountain in Binghamton. For over 45 years, Bill was a member of the Triple Cities Street Rods, with his 1933 Ford Pickup proudly flying the American and NY State flags. He was known for his silly puns and play on words, hilarious and sometimes irreverent jokes, immense generosity, and tirelessly lending a hand to help anyone in need, whether they knew they needed the help or not! He infused most any situation with laughter, light, and jokes. Bill was predeceased by his parents, and two infant sons, Todd and Sean. He is survived by his loving wife, Carole, their daughter, Amy (Anthony) Magsajo; two granddaughters, Beatrix, and Violet. Also surviving are brothers, Robert (Sue) Phillips, and Kenneth, Jr (Patricia) Phillips; sister, Barbara Phillips; many nieces, nephews, and cousins, along with countless lifelong friends. A celebration of Life will be held at the Coleman & Daniels Funeral Home, 300 E Main St, Endicott, followed by a graveside service at Vestal Hills Memorial Park. Calling hours will be Sunday, June 26, 4 to 7PM and Monday, June 27 10-11AM, with service at 11AM. In lieu of flowers, please consider a donation in his memory to the Mercy House of the Southern Tier, 212 N.McKinley Ave, Endicott, NY 13760, or to the Alzheimer's Association, PO Box 12226, Syracuse, NY 13218.