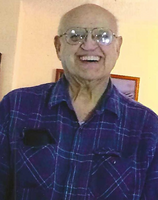 Stephen M. Polasko was received into the arms of our Lord on September 8. 2022 after a brief illness. He was born July 2, 1933 to Anna (Rebar) and Stephen A. Polasko in Throop, PA. Stephen graduated from Scranton High School in 1951. After working for several years, he then graduated from the University of Pennsylvania School of Nursing in 1957. It was there he met his wife of 48 years, B(eatrice) Joan (Pennabaker) and married her in October of 1957. He was predeceased by his parents, his wife Joan (2005), his sister, Aurelia DeAntonio (2012); eldest daughter, Katherine Ann Mooney (Paul) (2014). He is survived by his brothers, Paul Polasko (Sue) of Roanoke, VA and Andrew Polasko (Brenda) of Dover, DE. He is also survived by his daughters, Theresa Stoel (Craig) of Endicott, NY and Stephanie Williams (Robert) Falconer, NY; his son Stephen M. Polasko, Jr. (Christine) of Williamsport, PA; his grandchildren Joshua Carnahan (Hillary) of Orlando, FL, Michael Roman (Jen) of Falconer, NY, Eric Stoel of Rochester, NY, Robert Stoel of Endicott, NY and Jake Colburn of Jamestown, NY. He was very active in his Church of the Epiphany in Sayre, PA. A memorial mass will be held September, 23 at 10 a.m. with visitation prior to the mass.